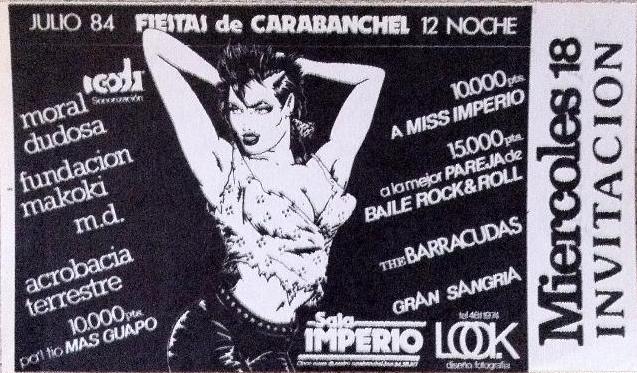 Sala Imperio was located on Calle Cinco Rosas in Carabanchel, a working-class district in the suburbs of Madrid and one of the most ethnically diverse neighborhoods in Spain.

Notes: during the Fiestas de Carabanchel of July 12, 1984, Sala Imperio awarded monetary prizes to the most “handsome guy” (“pa’l tío más guapo”), an elected “Miss Imperio,” and the best rock and roll couple and dance pair.